The Leonard Wood Memorial (LWM) grew out of the visionary humanitarian concern of Major General Leonard Wood. On becoming the United States governor-general of the Philippines in 1921, Wood visited the leprosarium on Culion Island, which had seven thousand segregated leprosy patients. Overwhelmed by their plight, he vowed to work for their improvement. 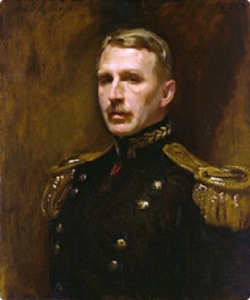 Wood, a physician, sought the counsel of H.W. Wade, professor of pathology at the University of the Philippines in Manila, because Wade was conducting research on leprosy. Persuaded that the path to a better understanding and treatment of leprosy was through scientific research, Wade made relevant proposals. Wood was sympathetic with Wade’s convictions but unable to obtain government funds to support research.

While Wade and his wife were disappointed, they were not discouraged. In 1925, the indomitable Mrs. Wade went to the United States and “knocked the doors of many important people.” Her persistence was eventually instrumental in forming the American Committee for the Eradication of Leprosy with the support of such prominent statesmen, financiers, and industrialists as Charles Evans Hughes, William Howard Taft, W. Cameron Forbes, and Eversley Childs. By 1928, endowment goals were achieved and The Leonard Wood Memorial for the Eradication of Leprosy was incorporated. A modern leprosy research laboratory was set up on Cebu Island and this became the focal point of LWM, while work continued at Culion.

The LWM has coordinated significant leprosy research and training on a worldwide basis. The International Leprosy Association (ILA) was established at an LWM-sponsored scientific meeting in 1931. LWM assumed responsibility for the ILA-sponsored International Journal of Leprosy until the 1970s, when this job was assumed by American Leprosy Missions. Publication of the Journal ceased in 2005. In 1950, the LWM established the Leprosy Registry at the Armed Forces Institute of Pathology (Washington D.C.) which contained the largest extant documented collection of clinical specimens on leprosy. LWM-supported activities in the broad field of leprosy research included epidemiology, chemotherapy, diagnosis, microbiology, and immunology.

In September 2012, LWM merged with American Leprosy Missions. The Leonard Wood Memorial, Center for Leprosy Research in Cebu, Philippines, continues to operate independently as a skin clinic and research facility.