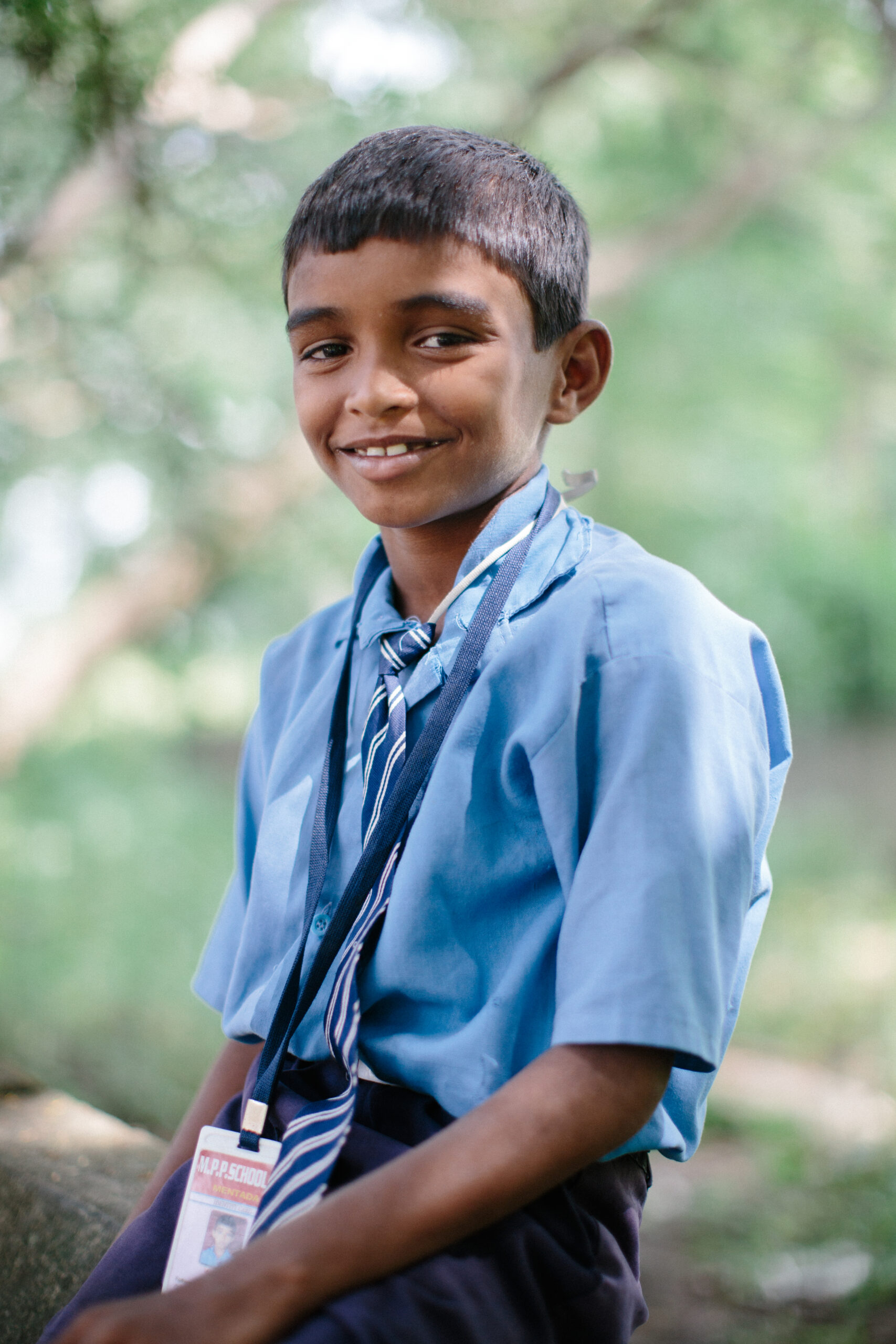 Surya is 10 years old. He loves playing cricket with his friends and learning in school. But, unknown to him or his family, Surya also had early symptoms of leprosy. Although his mother had leprosy five years ago, they didn’t recognize the signs of the disease in Surya. But Akkivarapu Ardilakshmi saw the early symptoms in Surya and she knew what to do. Akkivarapu Ardilakshmi is a community resource person (CRP) with our women-led WASH project in India. Villages like Surya’s have limited resources for safe water, sanitation and hygiene (WASH). CRPs help their neighbors understand sanitation and hygiene practices to reduce disease and they look for signs of illness so people can seek medical care. When Akkivarapu was in Surya’s village, she recognized his symptoms as leprosy and referred him for treatment. Thanks to your support of the WASH project and partner hospitals, Surya received the cure for leprosy before his case became severe.

He has just completed the six month multi-drug therapy (MDT) treatment to cure leprosy. This means he won’t suffer any long-term effects, like disability, from this terrible disease. Surya lives with his parents and his older sister. Thanks to Akkivarapu, Surya’s family is making changes in their daily lives. They boil water before they drink it, wash their hands before preparing food, and clean their home differently. Taking these steps keeps Surya’s family safer from disease. Your support for American Leprosy Missions touches thousands of lives through medical care for leprosy and related diseases, as well as community health measures like the women-led WASH project. Thank you for your continued partnership to serve the most vulnerable around the world.