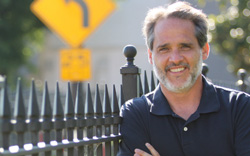 Jim develops and strengthens partnerships and collaborations with Christian organizations and churches in communities where American Leprosy Missions works. He ensures that the organization continues to implement programs in a way that honors God and protects and restores people’s dignity. Jim graduated from Houghton College with a B.A. and received a M.A. in Latin American studies/international development from the University of Connecticut. He also did post-graduate work at the Centre for Development Studies at Swansea University, Wales in the United Kingdom. Before joining American Leprosy Missions, Jim and his wife were World Relief staff members in Honduras and Guatemala; from 1993 to 2005 they served with MAP International from the Latin America Regional Office in Quito, Ecuador.