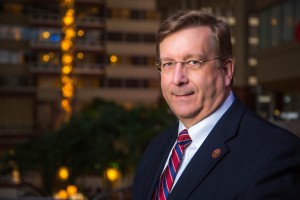 For more than three decades, Alan Terwilleger provided leadership to a variety of Christian nonprofits. A longtime confidante of the late Chuck Colson, Alan most recently served as president of the Chuck Colson Center for Christian Worldview, guiding the organization in its mission to create and educate cultural ambassadors who apply their faith in all areas of life.

Prior to joining the Colson Center, Alan led the advancement initiatives at Prison Fellowship as senior vice president. He also served fifteen years in fundraising leadership at Moody Bible Institute and worked with The Domain Group as a consultant to Christian nonprofit
organizations across the U.S.