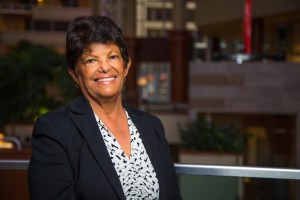 More than a decade ago, Ymelda Beauchamp was invited by a friend to join the Board of Directors of American Leprosy Missions. They had met in Carville, Louisiana years earlier when they both were sent there to be treated for leprosy. As someone who experienced the pain and isolation of leprosy while only in her teens, Ymelda brings a very personal perspective to the ministry of American Leprosy Missions.

A recently retired interpreter and translator for the San Diego School District, Ymelda worked for many years with Hispanic families, teaching them about the components of
state and federal laws that govern regular and special education.

Ymelda is a board member of The Star, a magazine published bi-monthly by the patients of the U.S. Public Health Service Hospital in Carville, Louisiana. She is also a member of the International Association for Integration, Dignity and Economic Advancement (IDEA), which promotes the human rights and dignity of all human beings with a focus on individuals affected by leprosy.